August 06, 2019
Hello hackers,
A couple of weeks ago I tweeted about exploiting an out of band XXE vulnerability with a firewall blocking all outgoing requests including DNS lookups, so here is the full story:
This is a private bug bounty program so I won't be mentioning who the vendor is.

As usual during a hacking night while navigating the target application I came across an endpoint that took a parameter called xml but its value was encrypted. Later I found out that XML data sent to the backend is encrypted in the client side before sent in HTTP requests which means that XML data might not be properly validated in the backend, so I wanted to modify it to be able to inject my own XXE payload. So what I first tried was to find the JavaScript function used to encrypt the XML and do the same for my custom XML payload, however, the application's JavaScript was minimized with WebPack which made it very hard to read and trace functions. To avoid the hassle of finding the JavaScript encrypting function, I decided to add a break-point using chrome's developer tools that would allow me to modify the XML data before it's sent to the encryption function.

Thus, I was able to send my own custom XML data. So I started listening on a port on my server and began sending some normal XXE payloads to see if the parser will try to fetch anything from my server. However, the endpoint took too much time to load then returned an error saying "Error while parsing XML", but I when I tried to set the external entity URL to `http://localhost/` the server responded quickly without returning anything. With that said, I realized that there must be a firewall blocking requests to external servers so the first thing that came to my mind is to try different ports but nothing worked, I also tried to see if it does DNS lookups but DNS queries were also blocked and I got nothing on my listener.

So now I have an XXE but I can do nothing with it except for scanning the internal network for open ports which makes it a valid XXE but not very impactful due to the firewall blocking outgoing requests. However, since the firewall doesn't block requests to the internal network and the application was actually accessible internally because when I added its URL `http://target/` as the external entity URL the server responded fast, I had an idea to find an endpoint that doesn't require cookie authentication and uses GET parameters to change or add something that I can see publicly through the application. And that fitted perfectly with how the application was working because most of the endpoints didn't actually use cookie authentication and used SID parameter (which is the user's session ID) to authenticate users.

With that in mind, I kept looking for an endpoint and found one that takes three parameters sid, key and val then it will save both key and val parameters to the user's account assigned to the session ID and we can access these values later by visiting the endpoint.

So now the idea is to create an external entity that sends a GET request to http://target/endpoint.php?sid=[session_id]&key=xxe&val=test then check the same endpoint and see if xxe and test values were added. So I simply sent the following XXE payload:

Then when navigating to http://target/endpoint.php?sid=[session_id] I found that the values were actually added which means that server internally fetched the entity and sent a GET request to the endpoint provided.

Things began to become clearer as I got a working proof of concept that XXE exists, however, I wanted to take it a little further and see if I can read local files.

I kept thinking of a way around the firewall, one of the ideas I got was to find an endpoint in the application that allows me to upload files then upload my own custom DTD, but the application had no features for file upload. I almost gave up at this point, but then I remembered that the application was built using PHP so I could use php:// wrapper to fetch a resource from a data:// URI that would return my custom DTD file.

So here is how my external DTD URL would look like:

Aaaand That's it, if you have any questions, feel free to drop me a tweet @Zombiehelp54

Popular posts from this blog

Handlebars template injection and RCE in a Shopify app

TL;DR We found a zero-day within a JavaScript template library called handlebars and used it to get Remote Code Execution in the Shopify Return Magic app. The Story: In October 2018, Shopify organized the HackerOne event "H1-514" to which some specific researchers were invited and I was one of them. Some of the Shopify apps that were in scope included an application called "Return Magic" that would automate the whole return process when a customer wants to return a product that they already purchased through a Shopify store. Looking at the application, I found that it has a feature called Email WorkFlow where shop owners can customize the email message sent to users once they return a product. Users could use variables in their template such as {{order.number}} , {{email}} ..etc. I decided to test this feature for Server Side Template injection and entered {{this}} {{self}} then sent a test email to myself and the email had [object Object] within
Read more

SQL Injection and A silly WAF 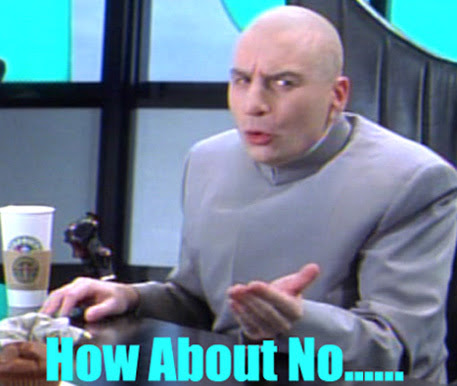 Hi Folks, Today I'll be writing about some interesting SQL injection vulnerabilities I recently found. This is a private program so I won't be mentioning who the vendor is. #1: WAF? ok! At a lovely hacking night I started testing for a private bug bounty program, after about 30 minutes of throwing random single and double quotes inside all the parameters, one of the endpoints returned an error saying: {"error":"An unexpected error has occured"} So I looked at the request and set the value of the parameter to `23' and '1'='1` and as expected the endpoint returned valid results which means it's vulnerable to SQL injection! That's it, a lovely basic Boolean-Based SQL injection let's write the report and get a nice bounty! But... THE WAF! While further exploiting this vulnerability to extract data from the database as a proof of concept, the endpoint was returning {"error":" undergoing correct
Read more